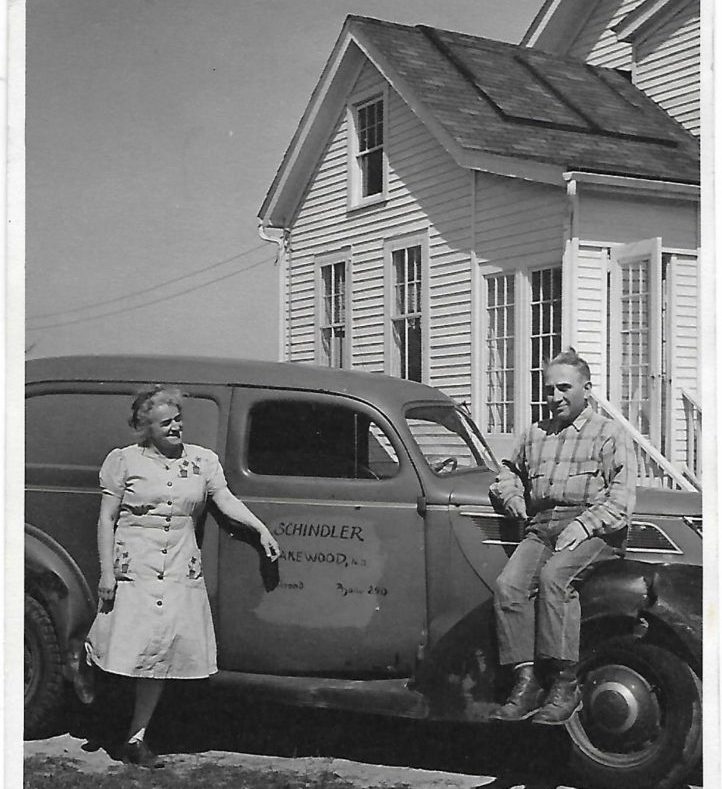 Episode 7 – Resilience on a chicken farm in New Jersey

Within a year of fleeing the Holocaust in 1938, Eliezer and Sali Schindler bought a chicken farm in Lakewood, New Jersey. It was their hope that in becoming a chicken farmer, their son, Alexander, would be able to avoid being drafted into World War Two. That was not the case and Alexander would serve with distinction. The farm sold its eggs and served as a Kosher Bed and Breakfast. It was a place where Eliezer would capture his life legacy as he wrote his only book to published in the U.S. called Yiddish un Chasidish Poems

Enjoy the brochure to their 1940’s and early 1950’s Bed and Breakfast on the farm!https://www.judyschindler.com/wp-content/uploads/2022/01/Schindler-pamphlet-advertising-Omi-and-Opis-bed-and-breakfast-at-Lakewood-farm-1.pdf