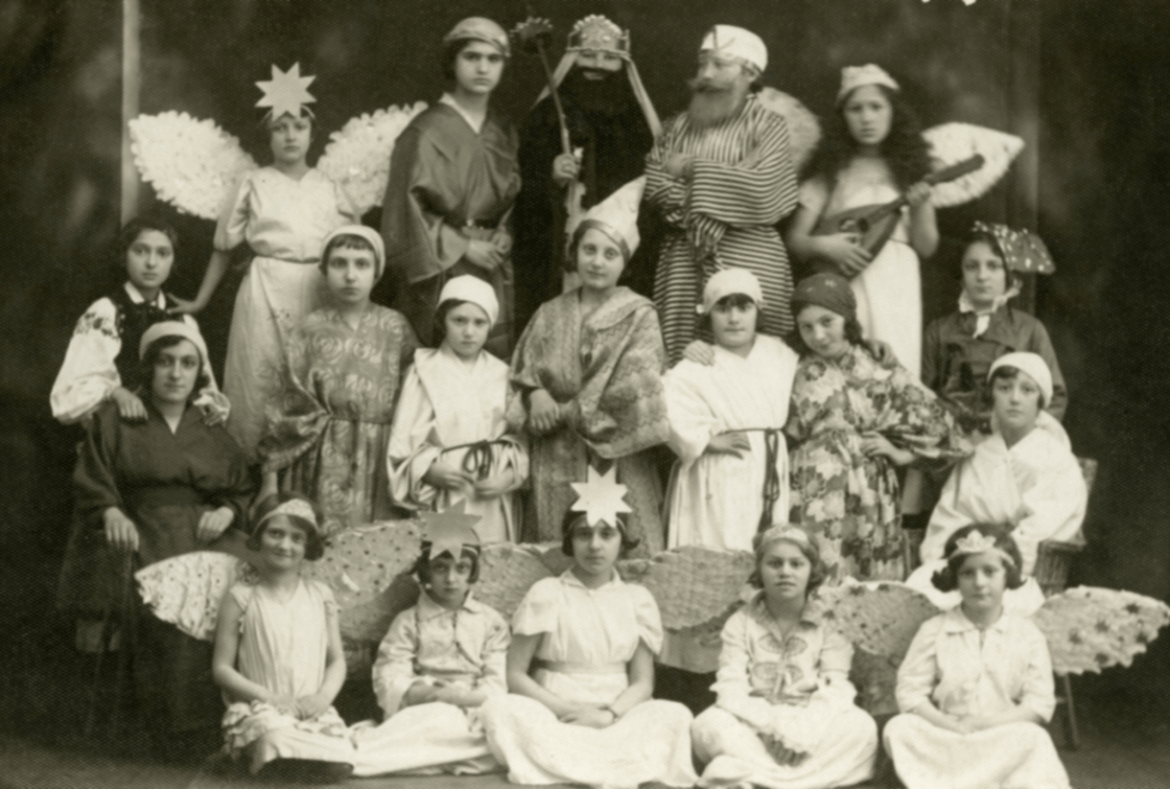 Episode 1 – A revolutionary in girls’ education

This inaugural video blog post focuses on Eliezer Schindler’s support of a revolution in Jewish education for girls in early 20th century Poland. The Bais Yakov schools, for which he wrote he anthem, spread globally and still exist. In this episode, his writings and poetry in support of the Bais Yaakov movement are explored.

Photo: Bais Yaakov students in Buczacz perform in a play called “Joseph and His Brothers,” circa 1934. From the United States Holocaust Memorial Museum, courtesy of Esther Wagner; Photograph Number 49593.