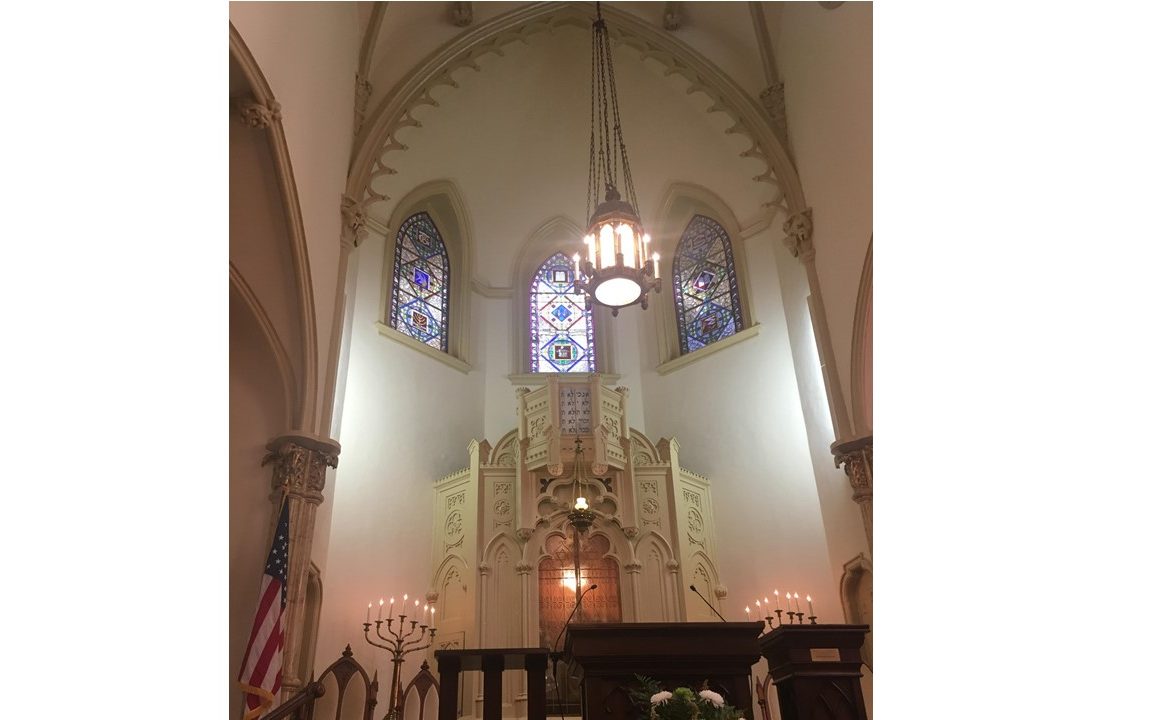 August 5th marked twenty years since I arrived in Charlotte. By sheer coincidence, I spent my twentieth anniversary of becoming a Southerner immersed in an intensive week-long graduate course on Southern Jewry. I spent seven days learning from scholars in Cincinnati, Atlanta, and Savannah about the ways in which Southern Jews were critical to the development of our country from Colonial times forward.  Though it took me many years to embrace my new identity as a Southern Jew, I recommend that those of you who are transplants embrace that identity far sooner — for there is so much of which we should be proud.

From the time of landing on Southern ports, we contributed medically. Dr. Samuel Nunez was the first practicing Jewish physician in Georgia, arriving to Savannah in 1733, just in time to stop a violent epidemic of dysentery. Virtually every Atlanta hospital had Jews involved in its creation.

Jews contributed economically. While James Oglethorpe, the founder of the Georgia colony, was instructed by the British Trustees not to deed any land to Jews, their success in farming, trade, wine-making and as soldiers convinced him to act in opposition and grant us property.

Jews contributed religiously. Among the houses of worship in Savannah, Mickve Israel stands as one of the beautiful and historical buildings.  Having just celebrated its 285th anniversary, the congregation is valued. Throughout nearly three centuries, they have stood not alone but worked collaboratively with interfaith partners as has The Temple in Atlanta in its 158 year history.

Jews of the South have provided moral leadership. Dr. Gary Zola, my doctoral adviser at the Hebrew Union College and Executive Director of the American Jewish Archives (the world’s largest free standing research center documenting the American Jewish experience) shared recordings of Southern rabbis’ clear words of courage in the face of danger.

In response to the 1958 bombing of the Nashville Jewish Community Center, Rabbi William Silverman spoke out strongly against violence aimed at intimidation: “I believe that any spiritual leader who does not speak forth and lead his congregation on moral issues is not worthy of being the Rabbi of this or any other congregation, — and I speak clearly and without equivocation that all may understand: together with the Central Conference of American Rabbis and the Union of American Hebrew Congregations, I favor integration — not only because I am a Jew, not only because my religious faith teaches that God is our universal Father, that all men are brothers, created in the divine image; that all men regardless of their faith or their race are endowed by God with equal rights.”

Just four days after the 16th Street Church bombing in Birmingham, Alabama, in 1963, Rabbi Milton Grafman included the four girls killed there and the others into his Kaddish recitation at Rosh Hashanah services,“Let us bow our heads in silence. In memory of Denise McNair, Carole Robertson, Addie Mae Collins, Cynthia Wesley, James Robinson, Virgil Ware wantonly killed, insanely slain, brutally murdered, whose deaths we mourn, whose families we would comfort and the shame of whose murders we would and we must have our city [Birmingham] atone.”

As Jews, we contributed civically, socially, and politically. We helped build cemeteries and benevolent societies, and the field of social work. We built social clubs and became freemasons, mayors, state legislators, and more.

Most of all, as Southern Jews, we were crafters of American Judaism. Of the first six Colonial Jewish congregations (in Providence, New York City, Philadelphia, Richmond, Savannah and Charleston), the Northern remained Sephardic and traditional and the Southern became Reform. Our predecessors saw a need for innovation and modernization of worship and religious practice and thrived as result. We supported American-trained rabbis who could serve as leaders of our anciently rooted people adapting to realities in new land. It was in the South, that the seeds of a thriving  liberal American Judaism were first sown. We preached and lived the prophetic Judaism of justice proclaimed in the Bible and taught passionately at my seminary from 1875 until today.

There are parts of our Southern Jewish which cause us shame. There were Jews who were slave owners. There were Jews who supported segregation.  Jews have always been part of the fabric of American society – for good and for bad. And while some of our predecessors stood on the wrong side of history, far more contributed to creating a more just South.

Whether we have lived in Charlotte one year or our family has been here one hundred years, we should be appreciate the critical community role we we have played and continue to contribute passionately as proud Jews and as proud Americans.