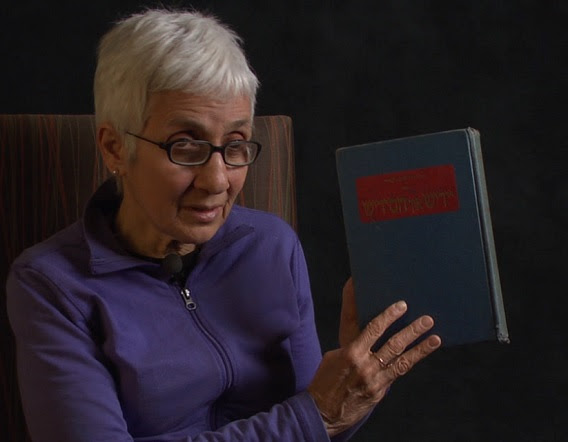 In Hebrew, the word of poem and song are one and the same. On this year’s Holocaust Remembrance Day, the Yiddush Book Center sent out this video clip about my grandfather, Eliezer Schindler, who was a Yiddush writer. Many of his poems were set to music.  In the clip, my cousin, Miriam Oles, reads our grandfather’s most famous poem, “Yidish loshn” (Jewish Language), and describes how our grandfather’s poems were recited by Jews in concentration camps during the Holocaust.

My cousin shares that in the introduction to my grandfather’s book Yiddish un Chassidish (Yiddish and Hassidic) which was published in the US in the 1950, Boris Kodder wrote: “Some teachers of the Bais Yaakov schools who lived through all the hell of the Teutonic death chambers, who miraculously survived and are now in America, told us that in the camps people sang Schindler’s songs, in which they found confidence and consolation.”