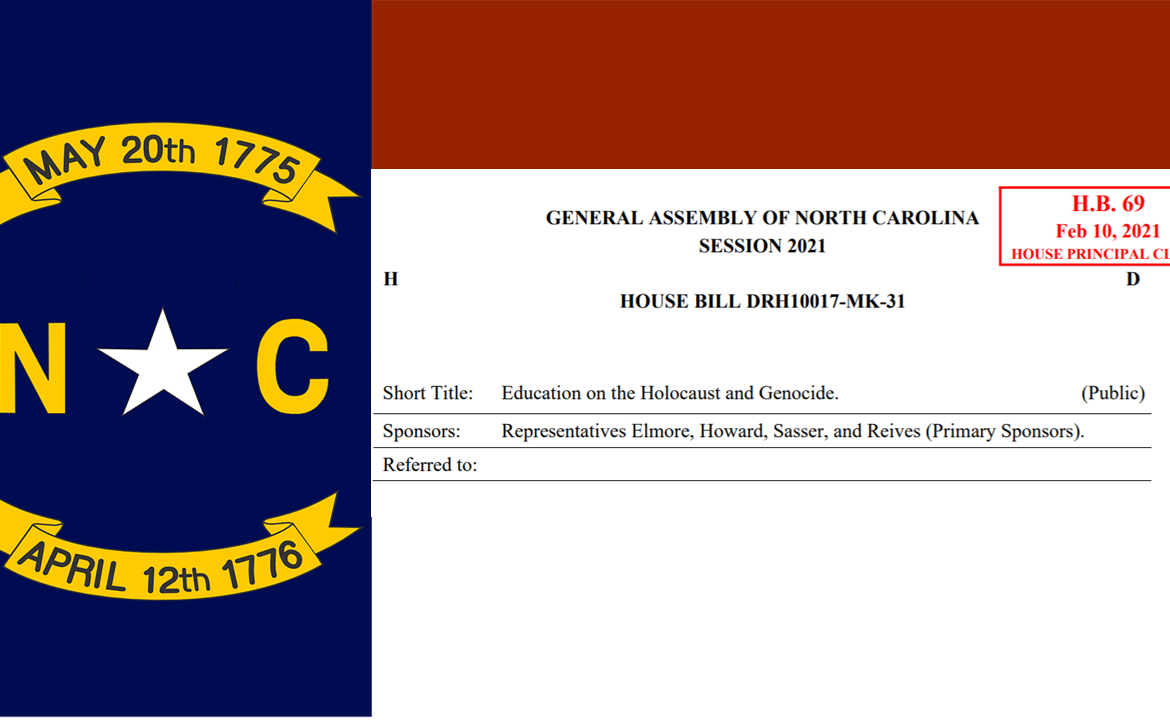 These words were delivered by Rabbi Judy Schindler to the North Carolina House Education K-12 Standing Committee on March 23, 2021.

In the five years since our inception, the Stan Greenspon Center for Peace and Social Justice at Queens University of Charlotte has educated hundreds of teachers and thousands of students using the Holocaust as lens on human behavior. We see firsthand the transformative power of Holocaust education to interrupt hate and create a safer community.

When an incident of bigotry happens in a regional school, we’re often called in to create an educational response. House Bill 69 enables our state to be proactive rather than reactive when it comes to fighting bigotry and prejudice.

Holocaust education is mandated in 16 states. North Carolina can be the seventeenth.

Why does it matter?  Holocaust survivors are aging and dying. With them, are dying their testimonies to the horrors that happen when hate goes unchecked.

Why does it matter? In 2019, US incidents of antisemitism were at an all-time high as were hate crimes – anti-Jewish, anti-Hispanic, anti-LGBTQ+., anti-Black, anti-Asian. Holocaust education equips students with critical thinking skills and with the aptitude to stand up against all forms of hate.

Why does it matter? The Holocaust killed my family. I’m named for my grandfather’s sister Judy Schindler who was murdered by the Nazis at the age of 32. She was shot alongside her husband who was 34 and their five children ranging in ages from ten to two.

Why does it matter? A 2018 Claims Conference study found that nearly one in ten millennials have not heard of the Holocaust, 66% of millennials do not know what Auschwitz is, and 58% of all those surveyed believe the Holocaust could happen again.

Understanding the history and political systems that allowed the state sponsored genocide of Jews along with murders of Roma, Sinti, homosexuals, the disabled, and all those deemed as “other” creates a safer society.

With this bill and adequate funding to support effective pedagogy, the values of responsible citizenship, protecting human rights, the fragility of democracy, and embracing the universal messages that protect every minority can successfully be taught thus creating a safer future for all North Carolinians.