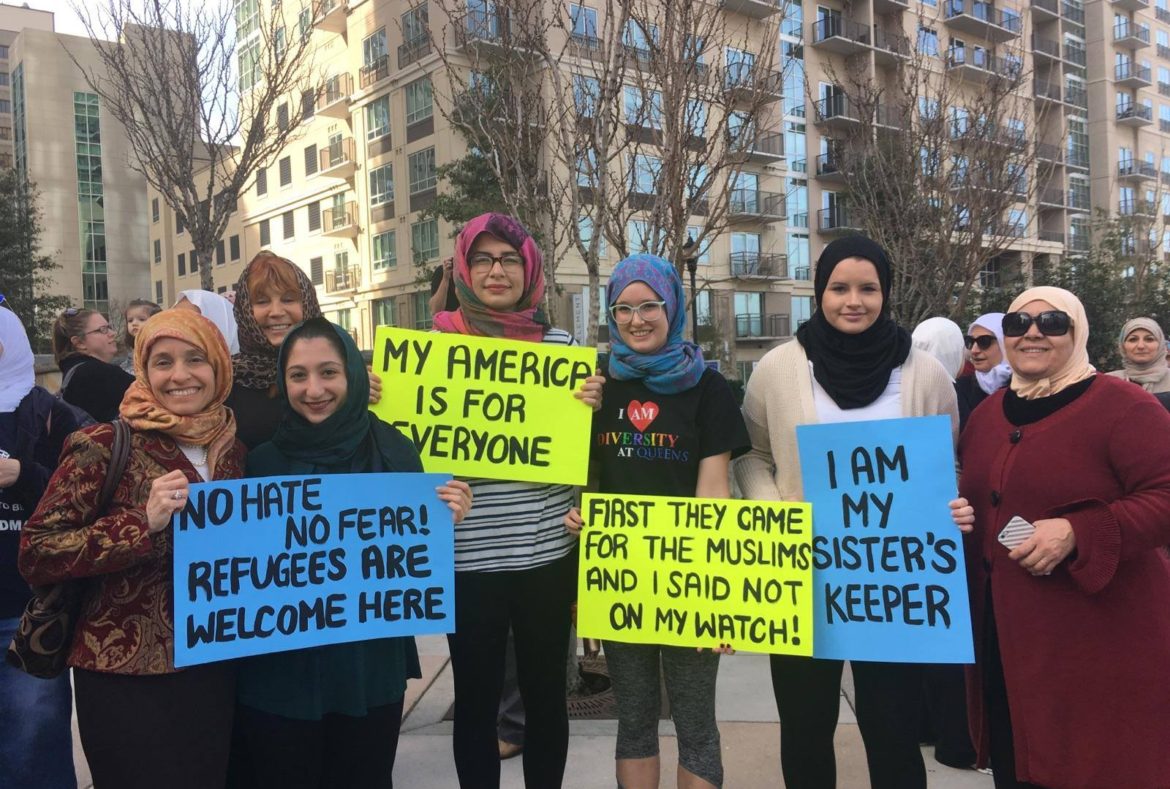 I thought wearing a hijab would be easy. I was wrong.

Special to the Charlotte Observer.

When last week’s news of the burning mosque in Texas appeared on my Facebook feed, it came with a challenge: “Rabbi Schindler, What can we do to help?”

When I consulted several Muslim leaders in Charlotte, Rose Hamid of Muslim Women of the Carolinas informed me that Wednesday was World Hijab Day. After six months of protests, rallies and petitioning my representatives to support women’s and immigrant rights, racial justice and so many of the American freedoms I cherish, wearing a hijab for one day seemed easy. It was not.

First came the feminist challenge. After the photo of me circulated in the media, I was directed to a statement in a 2016 Washington Post article. “As Muslim women, we … ask [American women] not to wear the hijab in the name of interfaith solidarity.” The text argues the hijab has become an inauthentic sixth pillar of Islam, one aimed at oppressing women.

Then came the religious challenge. What was I doing trying to look like a Muslim? Did my choice to wear a hijab push my role as a Rabbi too far?

The personal challenge followed. One online commentator wrote I needed to “get married.” Perhaps the author assumes that if I had a husband, he would restrain me from such behavior. In truth, my 18-year marriage to a man who not only supports and takes pride in my profession, but also of my personal clothing choices, sustains me.

Because I teach a Holocaust and Human Rights course, I wore the hijab. One week earlier, I taught my students about bystander apathy and about America’s policy of obstructionism. In the late 1930s and early 1940s, our country created bureaucratic paper walls that prevented hundreds of thousands of victims from finding sanctuary. The rhetoric I hear today echoes that same rhetoric.

Because our Stan Greenspon Center for Peace and Social Justice focuses on refugee advocacy, I wore the hijab. The executive order halting all refugee admissions stands in opposition to the work to which we have committed ourselves.

Because I do not want to support women’s oppression, I wore the hijab to fight it. I wore it to support my Muslim sisters who choose to wear it despite the discrimination they endure. With equal fervor, I support those who choose not to wear a hijab.

Because last weekend a mosque in Texas burned to the ground, and six Muslims were murdered in a Canadian mosque, I wore the hijab. In the face of religious-based violence, I cannot be silent. As a Jew committed to justice and defending religious freedom, I wore the hijab and was uplifted by the many who did the same.

I have a dozen scarves in my closet, accessories that add style to my outfits. For decades, I have worn these scarves with no reaction, but now, some perceived my tying my scarf a different way as threatening, offensive, radical, over-the-line, or overly feminist. For one day, I walked not in someone else’s shoes but wore someone else’s garb.