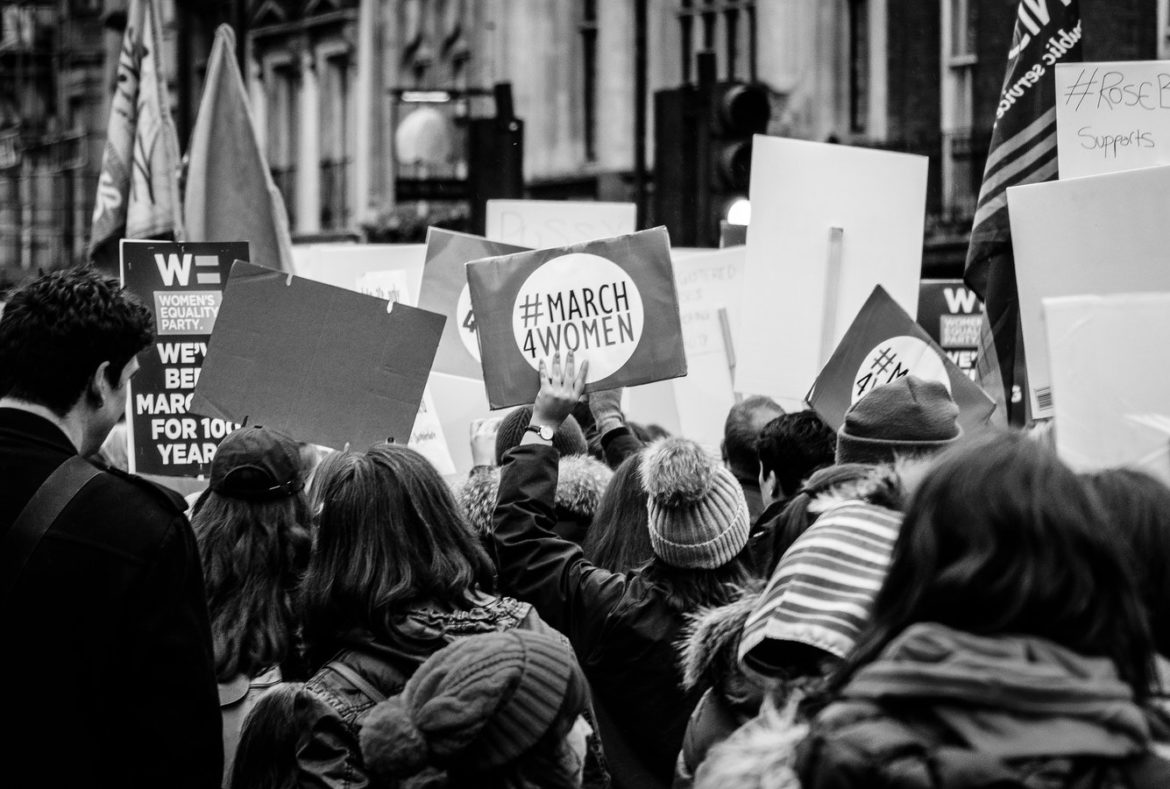 We are excited to participate in this year’s Charlotte Women’s March at First Ward Park on Saturday, January 26, 2019. Before the march, at 10:20 am, a Temple Beth El group will gather and start with a Shabbat morning prayer experience.

Marching on Shabbat?
Shabbat can be prayer in action, either at Temple or in the community. Marching on Shabbat is not new for Temple Beth El. For years, Temple has participated in the MLK Jr. Parade, kicking off the parade with a prayer experience. Similarly, many of our Temple Beth El congregants as well as unaffiliated Jews will attend this year’s Charlotte Women’s March. This is a special Shabbat opportunity, in addition to our regular services held at Temple, to sing with Patty Torcellini and some of our music madrichim and to connect the prayers with Jewish practice and values. Congregants of all ages will share original readings on prayerful themes — the Modeh Ani and gratitude by Yael Asofsky, the Shema and listening by Cindy Kistenberg, the Amidah and for what we stand for by Sara Bryan, and L’dor V’dor and bringing generations together in unity by Susan Proctor. Be uplifted by the voices and visions of Queens University Hillel students. As clergy, we feel compelled to seize this opportunity to celebrate Shabbat.

Marching as Jews?
American Jews have always been involved in social change. We have historically been on the front line of social causes from workers’ rights to civil rights. Jewish women were engaged in the Women’s Suffrage movement. Jewish women were involved in the Feminist movement of the ’60s and ’70s. Jews have transformed these movements and these movements have, in turn, transformed Judaism and Temple Beth El.

The Charlotte Women’s March will focus on women’s issues we care about as Reform Jews and as a congregation — freedom from violence, equal access to health care, reproductive rights, equal opportunity and pay, and equal representation in community, corporate and government leadership. The local march highlights issues faced by women across racial, ethnic, religious, and socioeconomic lines, and the leadership is committed to being non-partisan.

Standing Against Antisemitism
We would be remiss if we didn’t address the recent news stories on accusations of antisemitism within the national Women’s March organization. Jewish women were not included in key leadership positions; antisemitism (along with homophobia and transphobia) were not addressed in the original Unity Principles; and three of the leaders have connections with Louis Farrakhan and the Nation of Islam. Since then, the Women’s March leaders have apologized for the movement’s failure to show its commitment to fighting antisemitism, broadened their Unity Principles, and denounced hate in all its forms. Yet, many women feel that the national leadership’s words and actions are both inadequate and inconsistent.

The local Charlotte Women’s March (CWM) evolved independently as an organic, and grassroots group. While they share a similar name with the national march, the CWM leaders unequivocally stated that our local march “strongly opposes all anti-Semitism, including statements made by any of the national Women’s March leaders.” They affirm the Anti-Defamation League’s statement against discrimination because of religion, race, ethnicity, gender, sexual orientation, gender identity, national origin, or disability. They have also planned this year’s march in partnership with the National Coalition of 100 Black Women – Queen City Metropolitan Chapter. As clergy, we believe that our local Charlotte Women’s March is on the right path and can play a crucial role in helping to set a better tone and model for the national movement.

As Jews, we are called to the table of interfaith and interracial relations to address issues of human rights, civil rights, religious freedom, equality, power, and privilege. Torah’s vision of justice, most passionately articulated by the Prophets, calls us to not only learn about these values inside our sanctuaries but to live them in the world. The Women United March in Charlotte 2019 is about engaging with women across lines of difference to create a movement of positive change for our mothers, our daughters, our granddaughters, our neighbors, and for ourselves.

Join Us For Shabbat, For the March, and For Our Reform Jewish Values of Equality
We invite you to join us on January 26 for the Minyan, the program, and the March. The minyan starts at 10:20 am at the white pergola next to the uptown UNCC building (at East 9th Street and North Brevard). The Charlotte Women’s March program runs from 11:00 am – 12:30 pm, including a keynote by Rabbi Schindler. The march follows at 12:30 pm, on a route from First Ward through Uptown and back to First Ward Park for networking.