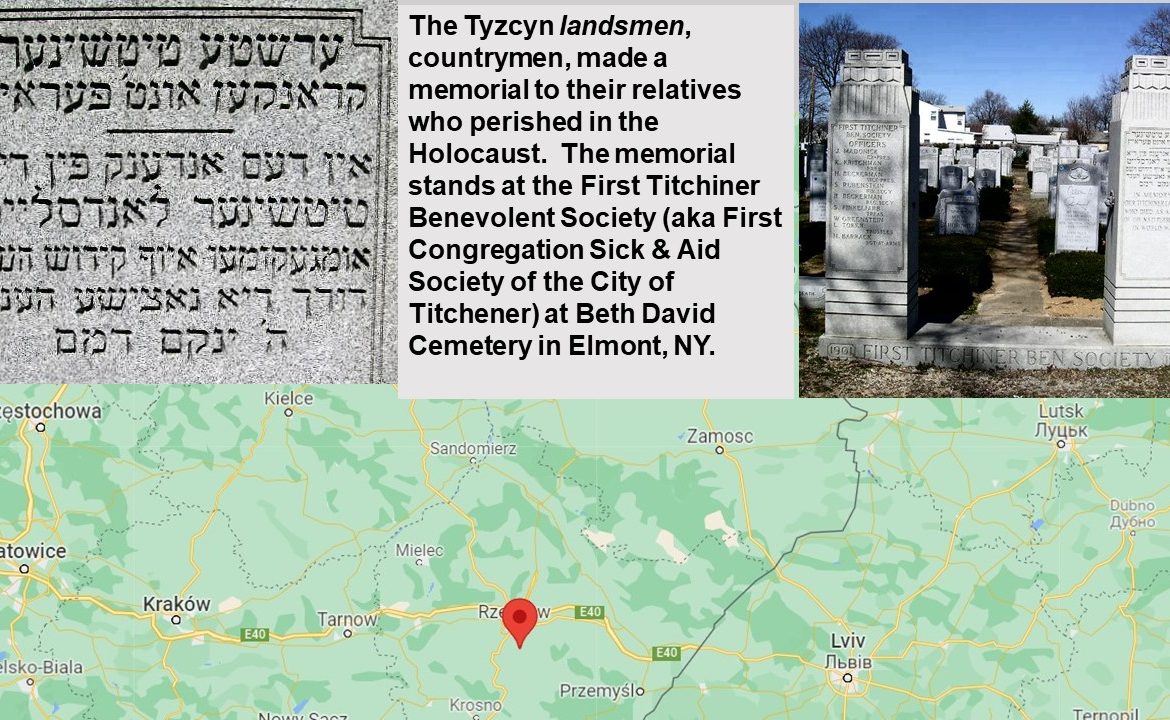 Eliezar Schindler was born in Tyczyn, Poland. Though his family left when he was 8 years old for greater economic opportunities in Munich, Germany, he always carried in his heart the shtetl in which he was raised. The Hasidic spirit and piety would sustain his spirit and soul. When he was able, he would return to visit.

Shtetls (small Jewish villages), scattered throughout Eastern Europe, were rich with Jewish culture. The shtetls were interwoven – dependent on one another like the threads of tapestry. They were Jewish market towns, largely homogenous, that existed from the mid-17th century until World War II. Polish nobles first brought in these Jewish communities to work their land as, on the whole, Jews could not own land and were not perceived as a threat. The Jews of the shtetl were the peddlers and artisans, the shopkeepers and dairyman, the poor and working class who served those in the shtetl and surrounding Polish villages.

Eliezer’s family tree goes back five generations in Tyzcyn – likely to the very beginnings of the Tyzcyn community. Eliezer’s poem, “Old House of Prayer” honors the collective grandfathers of the shtetl who built the altschule, the old synagogue, brick by brick. The second poem, “Tyzcyn” lovingly recalls the old town that was rich with Jewish piety and scholarship. The poem was set to music entitled “my shtetl Tyczyn” by Joshua Weiser.

Tragically, with the German Occupation of Tyczyn on September 10, 1939, the synagogue would be desecrated and the Torah and prayer books burned. Persecution of the Jews of Tyczyn would continue for three years until their deportation to the Belzec death camp in July of 1942. The above memorial to the Jews of Tyczyn was created by their landsmen, their fellow countrymen, at Beth David Cemetery in Elmont, New York. To read more on the fate of the Jews of Tyczyn, see George Saltons, “World War II came to Tyczyn in September 1939. I was then eleven years old.”