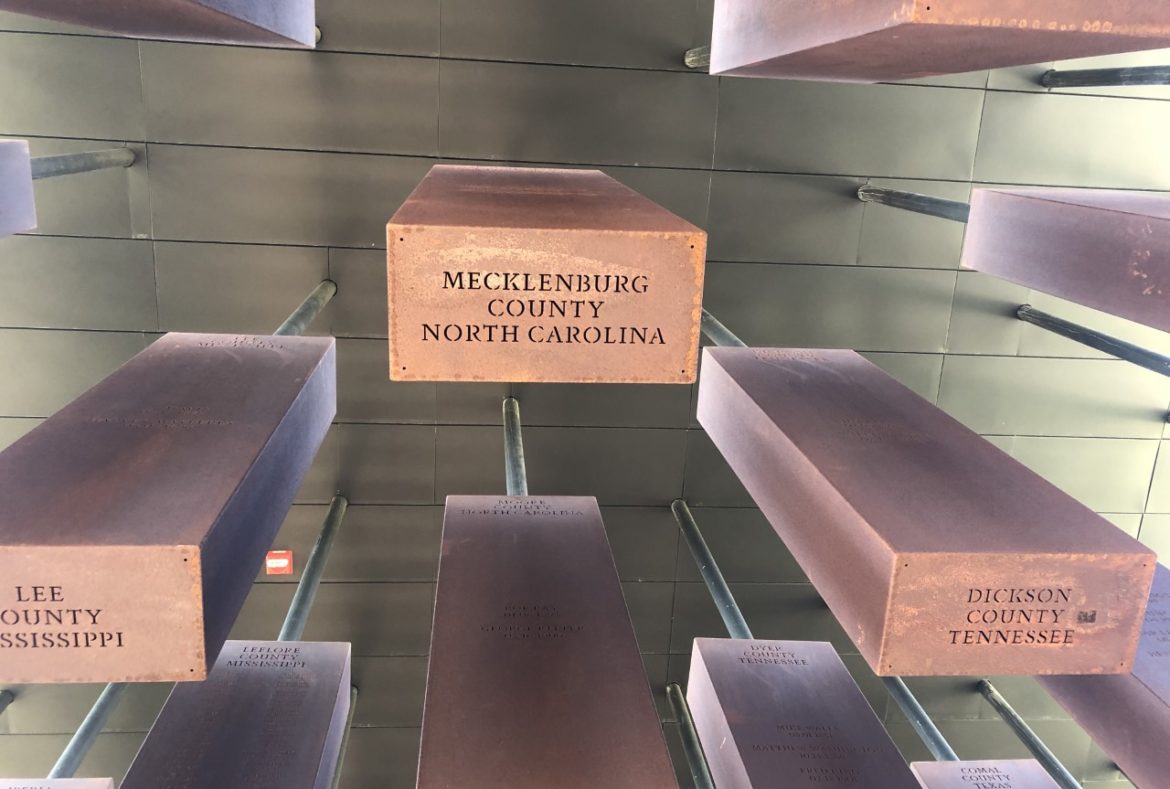 On this holy day, a confessional for all

[Published as an Op-Ed in the Charlotte Observer on Yom Kippur, October 9, 2019]

Tonight starts Yom Kippur – a time that Jews across the globe spend in fasting, prayer, and atonement. For 25 hours, we acknowledge and repent of our personal wrongdoing, as well as the failings we have witnessed in our community and world.

Recently, I confronted some of those failings on a visit to the National Memorial for Peace and Justice in Montgomery, Alabama. Alongside 50 rabbis from across the country, I saw 800 steel columns hanging from the ceiling which marked the lynchings and acts of racial violence. Of those lynchings, 123 occurred in North Carolina.

That searing visual has inspired the following Jewish confessional prayer addressing our historic divisions and calling us to work toward greater equity and peace:

For the sins we have committed…

We have sinned by failing to see the systems of racism upon which our country and region was built: the conquest that took the land and lives of millions of American Indians; the slave trade that abducted millions of Africans from their native lands; the Jim Crow South which replaced slavery with segregation; and mass incarceration which has devastated the black community.

This may feel like it is in the past, but history echoes all around us. North Carolina once belonged to indigenous peoples: the Catawba tribes and the Eastern Band of the Cherokee Indians in Charlotte and Raleigh, and six other tribes in the rest of the state. Mecklenburg’s two documented lynchings occurred where the Carolina Panthers stadium and Central Piedmont Community College now stand. The uptown black neighborhood of Brooklyn was demolished, replaced in part with a courthouse and jail.

We have sinned by failing to understand the depth of racism in this country. We have allowed our fatigue and our fears to impede dismantling the oppression that shackles us all. We have compared our own pain of discrimination – such as antisemitism, homophobia, or xenophobia – to the agony of racism, but we know that one cannot compare pain and oppression.

We have sinned by failing to hear the cries of our siblings who are targeted, profiled, and victimized daily because of the color of their skin. Our Black neighbors must give their children “the talk” to try and keep them safe and alive. Black leaders have expressed anger and grief, but policy change remains elusive. We have sinned by failing to speak out.We must recognize that for too long, skin color has determined outcomes in this nation – in healthcare, in housing, in education, in the criminal justice system, in the professional world, and in acquiring wealth. By thinking we could solve problems for our neighbors rather than with them, we have undermined collective progress in changing this paradigm.

We ask forgiveness for the hurt we may have caused when we aimed to heal, and we pray that this year may bring renewed commitment to collaborative and positive change.

The journey to justice is long. It takes more than crossing one bridge in Selma; building one museum confronting our history; or electing capable civic leaders of diverse backgrounds. It takes all of us confessing, taking risks, building relationships, and creating new policies that will bring about the justice and peace that allows our community to thrive.Rabbi Judy Schindler, a former Observer contributing columnist, is Director of the Stan Greenspon Center for Peace and Social Justice at Queens University of Charlotte.