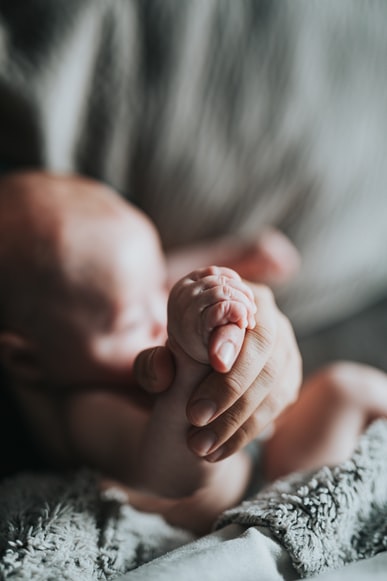 The Birth Stories of the Jewish People

This was delivered as part of the 25th annual Comparative Religion Series at Temple Beth El.

Robert Seltzer opens his tome on Jewish People Jewish Thought: The Jewish Experience in History with the following statement: “Thirty two centuries ago, the Jewish people brought its root principle – a singular, imageless, invisible, commanding God, across the border from Near Eastern semidesert pasture land to the urban, agrarian civilization of Canaan.

A tradition, like a personality, is a complex unity: a flow of elements received from previous generations, assimilated and passed on; adapted to and combined with elements of other cultures; repeated filtered, censored and refashioned; subjected to shifts of emphasis and the working out of new corollaries; preserved for long stretches in a state of apparent changelessness, yet periodically reformed according to new perspective; always retaining a core of sameness on which it depends for potency, sustenance and vigor.”

That is Judaism. It is ever evolving, changing, developing and transforming.

When a child is born, they are given a name. In Judaism we have many births and many names. This talk will explore four birth stories and four consequent names of the Jewish people – Hebrew, Israelite, Jew, and Reform Jew. Each gestational period and subsequent birth crafted us into who we are today.

In our first birth story, Abraham is called an Ivri – we are called Ivrim – Hebrews. The word comes from the root “ayin. vet. reish” meaning “to cross over.” Abraham hears the call of God. On one level he “crosses over” the Euphrates River to start his life in the land of Canaan, now Israel. On a deeper level, he crossed over from a world of polytheism to acknowledge a supreme God. Ideologically, Abraham stood on one side and the world stood on the other.

In Genesis 12, Abraham, then called Abram or Avram, was called to take a journey: “Go forth from your native land and from your father’s house to the land that I will show you. I will make of you a great nation, and I will bless you; I will make your name great, and you shall be a blessing. I will bless those who bless you And curse him that curses you; and all the families of the earth shall bless themselves by you.”

The Torah does not tell us that Abraham was a monotheist but instead he acknowledges the primacy of the God whom he heard and followed. It was ancient interpreters who find the need to assert Abraham’s monotheistic beliefs.

According to Genesis Rabbah written between the third and fifth century, Abraham’s father was an idol manufacturer who once left Abraham in charge of the store. When a woman wanted to make an offering to the idols, Abraham took a stick, smashed the idols and placed the stick in the hand of the largest idol. When Terah returned, Abraham claimed the largest idol smashed the others. Terah responded by saying that they are only statues and have no knowledge. Whereupon Abraham responded by saying, “You deny their knowledge, yet you worship them!”

In the Biblical text, Abram would become Abraham, Sarai would become Sarah, and Abraham would learn his covenantal responsibilities.  In exchange for an everlasting covenant with God and greatly increased progeny, Abram would circumcise himself, his family and his household, and the subsequent generations would do the same on the 8th day.

The origin is noteworthy in the following ways:

Abraham’s call is immediately connected to the land –  “The whole land of Canaan,” God promised, “I will give as an everlasting possession to you and your descendants after you.”

But Abraham’s destiny is not solely connected with the land. Upon his arrived he immediately faces famine and is forced to leave to for a time.

Abraham was called to personal responsibility – he would divide the land with his nephew Lot, for there was quarreling between their respective herdsmen.

Abraham was challenged to exhibit moral responsibility. He would argue on behalf of the people of Sodom and Gomorrah. God said, “Shall I hide from Abraham what I am about to do, since Abraham is to become a great and populous nation and all the nations of the earth are to bless themselves by him? For I have singled him out, that he may instruct his children and his offspring to keep the way of the Lord by doing what is just and right, tzedeakah u’mishpat, in order that the Lord may bring about for Abraham what He has promised him.” (Genesis 18)

The promise has responsibilities. We are God’s covenantal partner to ensure that justice prevails. God can’t do it alone.

One critical element to mention about our first birth story is that there was a gestational period. Prior to our birth were 11 chapters of Genesis that highlight the humanity and universality on which our faith was formed.

In the womb we learned that there was an equality to all humanity.

Our birth story #1 is built on universalism – a concern for all, that moves to particularism – a focus on our family of faith – that calling us to engage with the universal world in which we live and with others with whom we share the earth.

In the womb we learned that there was equality to all humanity.

We are tied to the land. Israel has been a central part of our liturgy and our lives from antiquity until today. And we have learned to live outside the land. Both the land and the diaspora are central to our being.

Abraham and Sarah gave birth to Isaac who married Rebecca. The latter gave birth to Jacob. His name Yaakov means one who supplants. In wrestling with himself and with God, Jacob’s name is changed to Yisrael meaning literally just that “a God wrestler” and we remain in God-wrestlers today.

They were a family that went down to Egypt bringing us to birth story two –  the birth of our people Israel.

In this second story, we are birthed as a nation at Sinai and given the name Yisrael. The gestational stage for this second birth occurred in Egypt and the birth canal was the passing through the sea of reeds to freedom on dry ground

The Exodus, our story of the journey from slavery to liberation, is the Jewish foundational narrative. Our longing for freedom and redemption has given the Jewish people the drive throughout history to survive despite the hardships and horrors that came our way – the Inquisition, the Crusades, the Holocaust, in rebuilding our homes in America and in Israel.

“On the third new moon after the Israelites had gone forth from the land of Egypt, on that very day, they entered the wilderness of Sinai… Israel encamped there in front of the mountain, and Moses went up to God, and the Lord called him from the mountain, saying, “…Now then, if you will obey Me faithfully, and keep My covenant, you shall be My treasured possession among all the people. Indeed, all the earth is Mine, but you shall be to me a kingdom of priests and a holy nation.” (Exodus 19)

The Rabbis taught in the midrash that the 600,000 Israelites who stood at Sinai made a promise not only to God but to one another. At that holy mountain, they promised to stay together as a people and always have.

How does that play out in Charlotte?

Our foundational story of liberation from slavery drives us to remember the experience of oppression, of being that stranger, committed to working to bring about equity and safety of all – immigrants, those with all shades of skins, our LGBTQIA+ members, the impoverished. In so many cases, we are them and they are us.

The laws we accepted at Sinai were ritual and the laws we accepted were moral, calling us to feed the hungry, house the homeless, ensure the courts are just, to be ethical in business, to be philanthropic in this city in which we live, and so much more.

After journeying for 40 years through the wilderness and finally settling as twelve tribes in the Promised Land, we built our holy Temple in Jerusalem and thrived.

Which brings us to birth story #3 – the birth of the Jew longing for the land and living as a people in exile.

The Torah would become our portable Temple. In it and from it we would find meaning and mission – with Shabbat and the Biblical holidays as our sacred time and the 613 mitzvot (commandments) as our path of living our lives. We would build commentary to craft the Torah to each generation – living it in Babylon, in Rome, in Egypt, in Eastern Europe, in Arab Lands, everywhere we lived, even in America.

Which brings us to birth story #4 – the birth of the modern Jew, the Reform Jew.

Fast forward 1700 years or so. Reform Judaism was born out of the Enlightenment and French Revolution. As ghetto walls were torn down and Jews became citizens of the countries where they resided and could settle where they desired, dress as they wanted, study in public schools and universities and engage in occupations of their choosing, they mixed with the broader population (and sometimes intermarried)  and started to recognize that rather than being forced to choose between Judaism and modernity, they could craft their faith in light of modernity. They had choices.

From our birth in Germany, in the early 1800’s, where we cast away or reformed the traditional practices of Judaism bringing in musical instruments in prayer, adapted liturgy, sermons in the spoken language of the place we lived and more. And we brought that Reform philosophies/ideologies of choice and practice to America – this fertile soil of religious freedom. The essence of Reform Judaism is choice and autonomy to make decisions about Jewish life based on knowledge and commitment to being Jewish.

How does that play out in Charlotte?

With the birth of Reform Judaism, we could live in two worlds – in universities and in Jewish houses of study.

How does that affect us? We can build friendships and collegial relationships across faith lines as we do here right now with my co-panelists, Dr. Mubarak and Dr. Sadler, who are friends and colleagues and co-collaborators in the work of justice.

Like Abraham, we are ivrim, Hebrew, unafraid to stand for our unique faith, a minority of 14 million in a world of 7.9 billion. In a city of five Jewish congregations in a sea of 960 churches and 16 mosques.

Like the Israelites at Sinai, we are Yisraelim embracing a dual commitment to Jewish peoplehood and to the communities in which we live. Our mission calls us to support all marginalized who are struggling.

Like the Jews of old, who clung to Israel even as they built in other places, we build where we are while working to support the building up of Israel into the best it can be.

Like the Reform Jews of Germany, we embrace science and learning and are committed to engaging fully with our neighbors and friends, Dr. Mubarak and Dr. Sadler among them. They are friends and our family, too.

“Seek the Shalom, the peace and prosperity of the city to which I have carried you into exile. Pray to God for it, because in its peace, you too will find peace.”