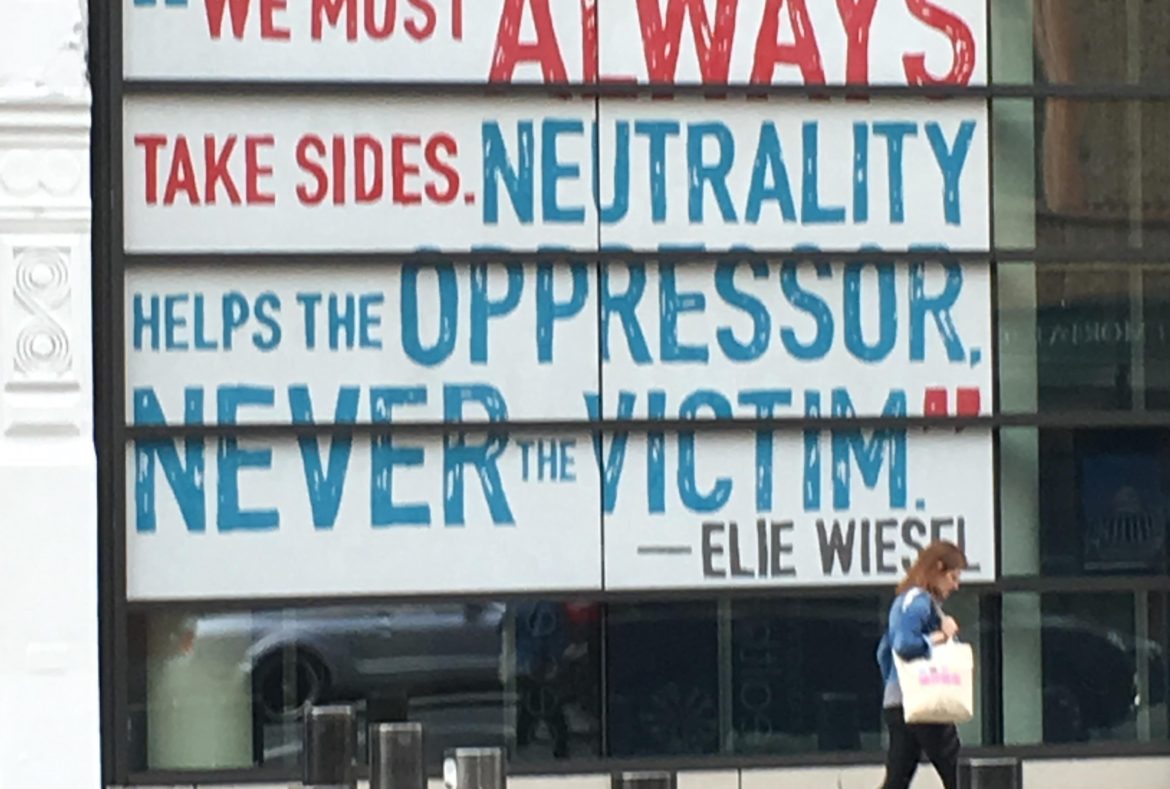 For Me, Today’s Antisemitism Is Personal

[Reprinted from the Charlotte Observer, September 2, 2017. Rabbi Schindler serves as Contributing Editor, the Observer editorial board.]

Symbols have immense power to elicit emotions based on our personal history and education. My own revulsion to swastikas and Hitler salutes, like those seen in Charlottesville, comes directly from my family’s experience.

The Nazis murdered a large part of my family. I was named Judith (in Hebrew, Yehudit) for my dad’s aunt, Yehudit Schindler, who was gassed in Auschwitz along with 1.1 million others. The swastika nauseates me as I think about my family’s terrorization, deportation and deaths.

My father was born in Munich in 1925 and because of anti-Jewish restrictions, he was denied a normal childhood. Fearing arrest, his father, Eliezer Schindler, was forced to flee in 1933. My dad was harassed at school. To keep safe after school while his mom worked, he was tutored by Jewish professors who had lost their jobs.

For Jews, the swastika is forever associated with the dehumanization and death of millions – not only of Jews, but of homosexuals, disabled people, Roma, righteous gentiles and other enemies of the Nazis.

In Charlottesville, it was not just the symbols held high that disturbed the Jewish community, but also the slogans. The phrase, “blood and soil,” shouted stridently, reflects the Nazi notion that Aryans had pure blood and that Germany’s soil and the territories they occupied were rightfully theirs. For many neo-Nazi white supremacists, only white Christians have pure blood and a claim to American soil. Threatened by the new ethnic diversity of the U.S., they claim that changing American demographics are part of a Jewish conspiracy and chant the chilling, “Jews will not replace us.”

The tragic events in Charlottesville occurred on the Jewish Sabbath. The president of the local Congregation Beth Israel wrote: “Three men dressed in fatigues and armed with semi-automatic rifles stood across the street from the Temple.” Posts on Nazi websites threatening to burn their synagogue led them to remove their Torah scrolls as a precaution. Fear of violence forced congregants to exit through the back door.

The symbols and slogans of white supremacy continue to terrorize. According to the Anti-Defamation League, antisemitic incidents in the U.S. surged more than one-third in 2016 and were up 86 percent in the first quarter of 2017. There have been bomb threats to Jewish institutions, defacing of Holocaust memorials and Jewish cemeteries, acts of hate on college campuses, and a doubling in the antisemitic bullying and vandalism at non-denominational K-12 schools. Antisemitic incidents have multiplied globally. According to World Jewish Congress, in 2016 there were 382,000 antisemitic posts on social media, 31,000 calling for violence. Most frequent were calls to gas, burn, or kill Jews.

Tragically, as Jews, we have confronted hate before. I carry memories of the Holocaust in my name, in my family story, in the advocacy work I do, and in the framed surviving page of a burnt Holocaust Torah scroll that hangs in my home. I know that it can happen again to me, the African American community, the LGBT community, the immigrant community, to anyone.

I also know the tragic consequences of standing silent in the face of hate. Perhaps this time in America is different. Politicians on both sides of the aisle, business and civic leaders, and every-day citizens have taken a stand, refusing to be bystanders to the hate and violence.

Throughout my life, Holocaust nightmares have disturbed my sleep. These days I am able to find some hours of serenity because of the many speaking out and standing up. Symbols and slogans have power. May we wave our American flags and chant our slogans loudly: “Silence is Violence,” “No Place for Hate,” and “Diversity Makes America Great.”