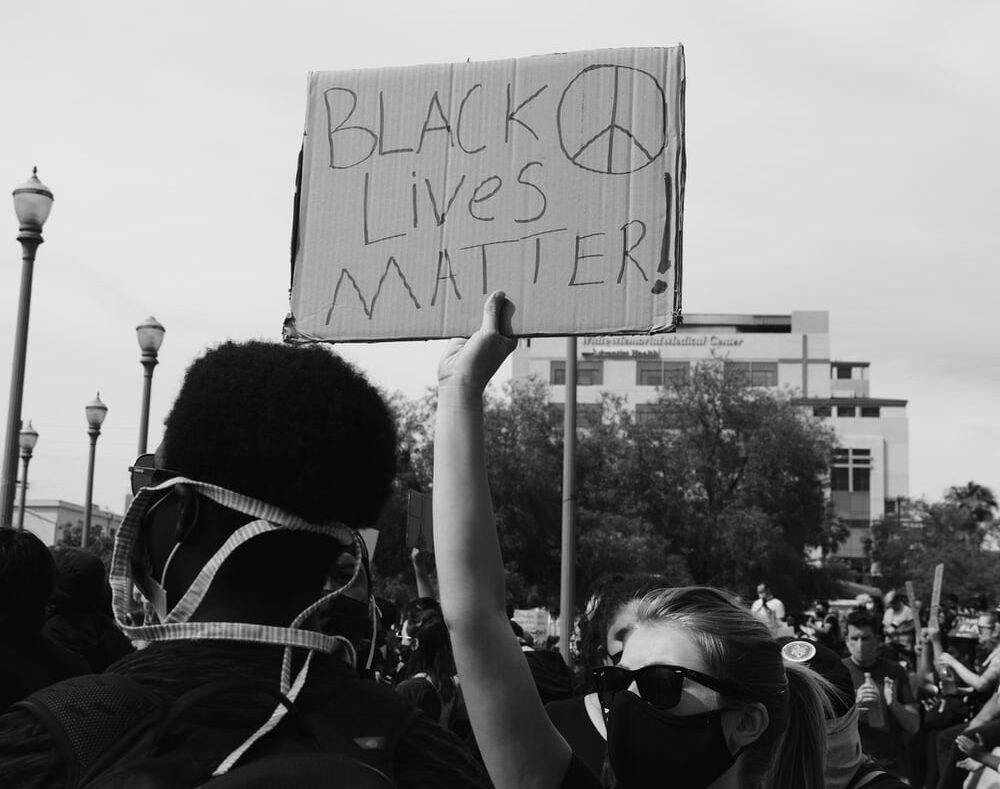 Why I march for Black Lives Matter

These words were shared as part of a panel with Dr. Buffie Longmire-Avital and Laurel Grauer, with Amy Rogers as moderator, on the topic of “Black Lives Matter from Jewish Perspectives” on August 5, 2020.

Questioning is part of human nature. Questioning is part of Jewish culture. During the 2016 Charlotte protests when I was out on the streets, there were Jews who questioned my engagement with the Black Lives Matter movement. They had read articles on the 2016 Movement for Black Lives Matter (BLM) political platform that included anti-Israel statements.

As I marched on the streets in 2016, most people with whom I spent time had no close knowledge of or strong feelings surrounding Israel. The same holds true today.

I march and advocate for Black Lives Matter because I care about black lives, equality, and equity.

I march because I know what happens when one is victimized by white supremacy. My grandfather spoke out against Hitler in an underground newspaper in Nazi, Germany. I was named for my great aunt Judith Schindler who was murdered at the age of 32, alongside her husband and five kids. I understand that the same hate aimed at Blacks by White Nationalists is also aimed at Jews. Eric Ward in his book Skin in the Game speaks to this painful reality.

I march because I teach Holocaust and human rights. I know that the authors of the Nuremberg Laws were inspired by Jim Crow. They learned about legal disenfranchisement and discrimination from us.

I march because Jews before me marched. I know that we can’t rest on the laurels of Rabbi Abraham Joshua Heschel who crossed the Edmund Pettus Bridge in Selma with Dr. Martin Luther King Jr. and Congressman John Lewis, all now of blessed memory. We can’t rest on the laurels of the memories of Andrew Goodman and Michael Schwerner, who were murdered in Mississippi along with James Chaney working to register votes during Freedom Summer. They were brave. They were martyred for the cause of social justice. But their acts were 55 years ago and most in the Black community have no idea about this history of collaboration. This movement will advance with or without us. We need to march today so that the next generation can see that we did our part when this chapter of America’s racial reckoning is written and be inspired to pursue justice, as well.

I march for my colleagues and friends who fear for their own safety and their children’s safety. I march for my fellow congregants and my fellow panelist, Dr. Longmire-Avital, whose anxiety rises when her kids simply walk their dog around the block on their own – fearing that they are at greater risk because of their darker color of their skin.

But most of all I march for myself. My neighbors pain prevents my own peace.